He is the guest of the day on "Musique Matin"

Some pictures of the production, currently showing at the Opera de Nancy

See the pictures from our concert at Le Sentier

from the Opera of Dijon

Precisely one year ago, on 27 September 2019, we gave the first performance at the Opéra Bastille of Rameau's Indes Galantes.
Arte Concert is currently broadcasting selected moments of this already legendary show.

The Salzburg Concert with Sonya Yoncheva

Noah's Ark, the reunion after lockdown with the Choir of Namur

from the Philharmonie de Paris

Our concerts on line

The reason we exist is to accompany your hours, the beautiful as well as the gloomy ones, with our music.

Let's not let ourselves go. Let's take care of ourselves. Let's laugh every day and listen to lots of music.

You can find some of our entire shows here:

RECORDING
> Orpheus is in the box

The recording took place from 13 to 17 January at the Antwerp Singel.
The record will be released this summer by Alpha Classics.

Our Orpheus in Amsterdam was broadcast live on Dutch radio.

The press is talking about a "miracle".

After the world premiere of Verdi's opera Otello, a young cellist - future conductor Arturo Toscanini - came home in the middle of the night and drummed his mother out of bed. "Otello is a masterpiece," he shouted. "On your knees! And say: "Viva Verdi."

Our excitement was a bit like that, Saturday after Leonardo García Alarcón's L'Orfeo de Monteverdi. The ensemble and the soloists revealed the genius of the drama: they took us to the heart of the music. There was no escape, because for more than two hours the reality consisted only of Monteverdi's world, encompassing past, present and future.

Valerio Contaldo's brilliant tenor expressed the double character of Orpheus: on the one hand the lively and provocative cynic, on the other the mournful and warm-blooded lover.
But what touched the most was Cappella Mediterranea, which embodied as rarely does the hells, earth and sky above Monteverdi's Orpheus.

Best Conductor 2019 for the Public

The encounter of Krump and Rameau's music imagined by Clément Cogitore is at the origin of our show Les Indes Galantes at the Paris Opera.
This is not the first time that urban dances were mixed with baroque or classical music.
But the density, energy, tribality, strength of this version and its incredible impact say so many things about our time...

Knight in the Order of Arts and Letters

Médée of Charpentier live may 11th 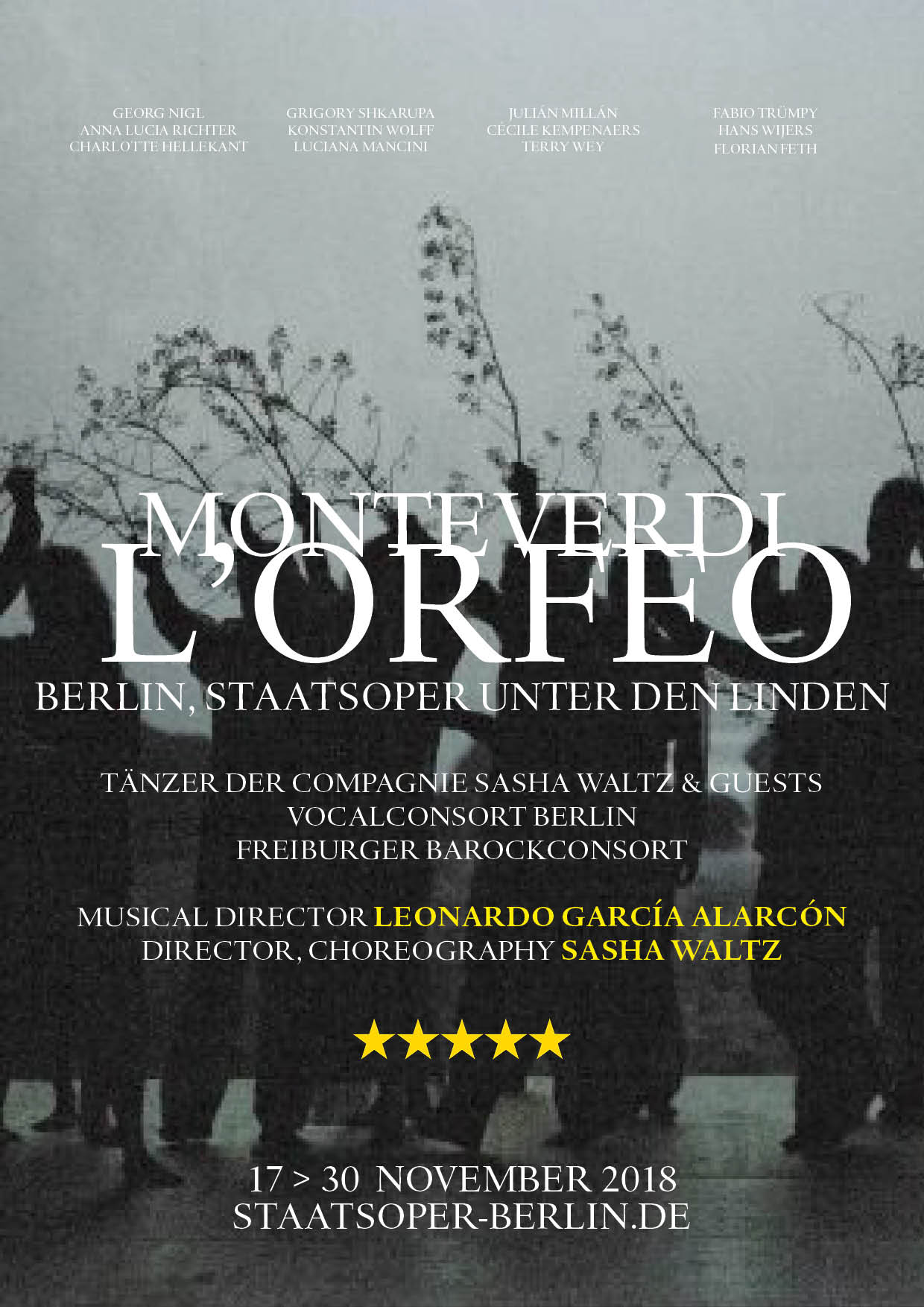 Meditteráneo in Paris (in French)

Mediterráneo, the single of our next CD release is available on all the streaming platforms 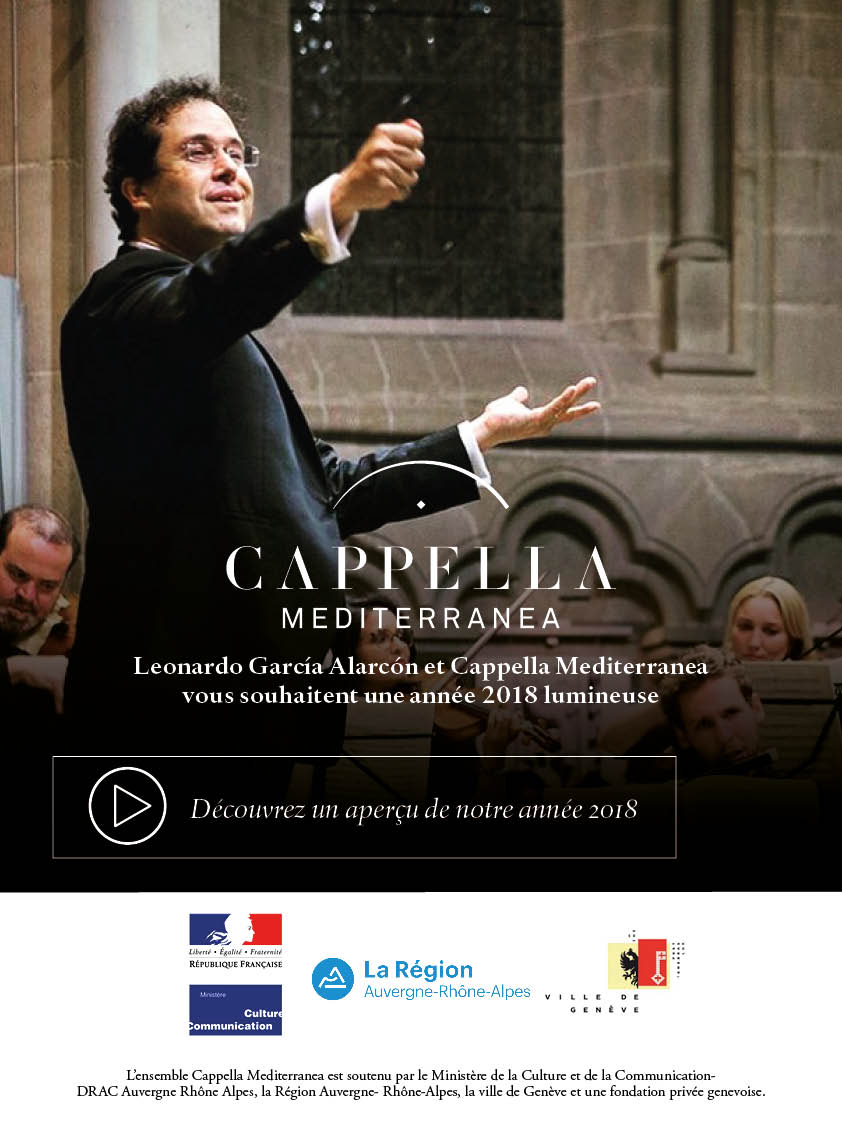 An adress of Leonardo García Alarcón

Orfeo at the Teatro Colón, applause

Orfeo in Ambronay next friday 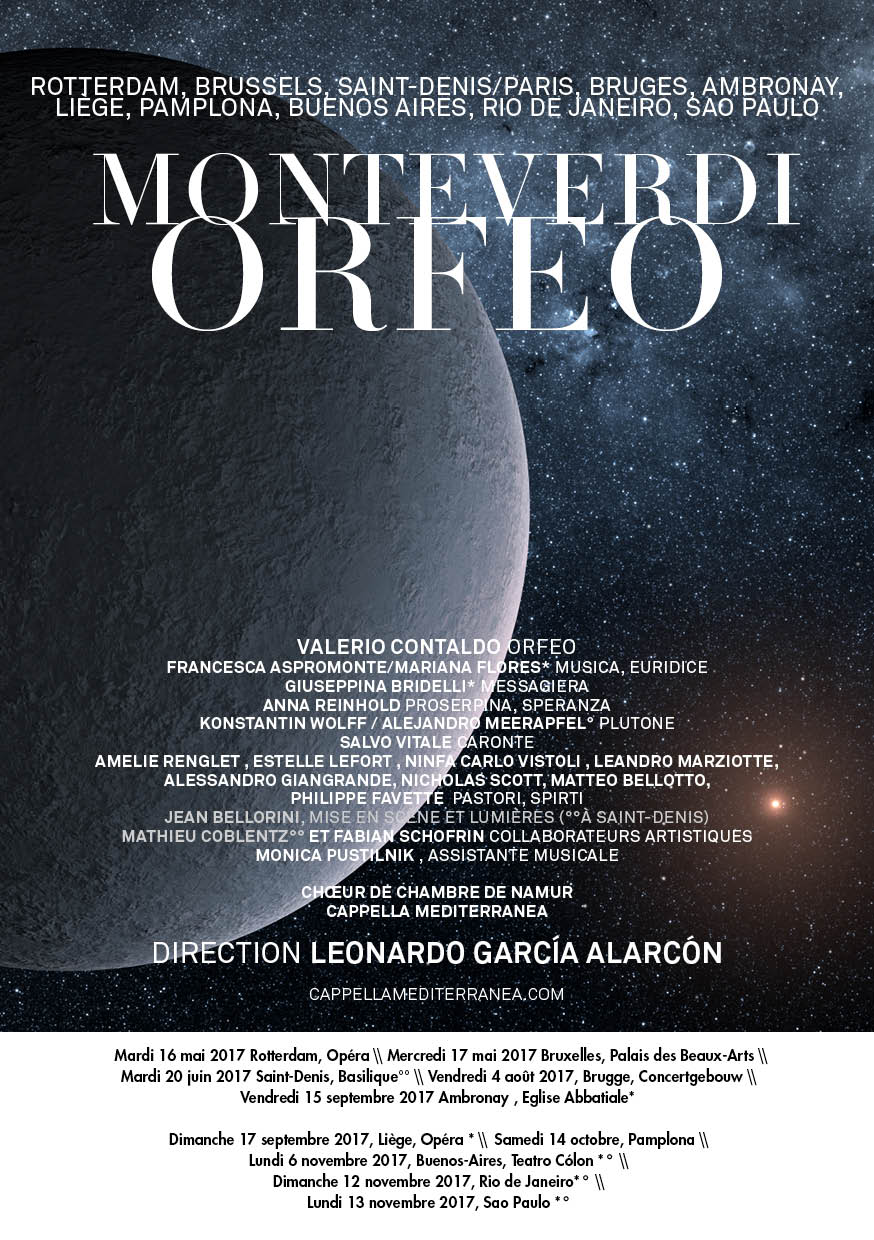 And afternoon we will be live from Amsterdam with Falvetti's Nabucco
http://www.radio4.nl/…/uitzending/455416/ntr-zaterdagmatinee

Alfonsina y el Mar is the most viewed video of ours

This week, a new program Monteverdi

Eliogabalo was broadcast last Friday and may be seen now in replay from today on on CultureBox
Réalisation : Julien Condemine et Roberto Maria Grassi .

Carmina Latina, in Geneva and Ambronay

A sneak peek at Eliogabalo rehearsals.

We will be there september 23th with Carmina Latina. 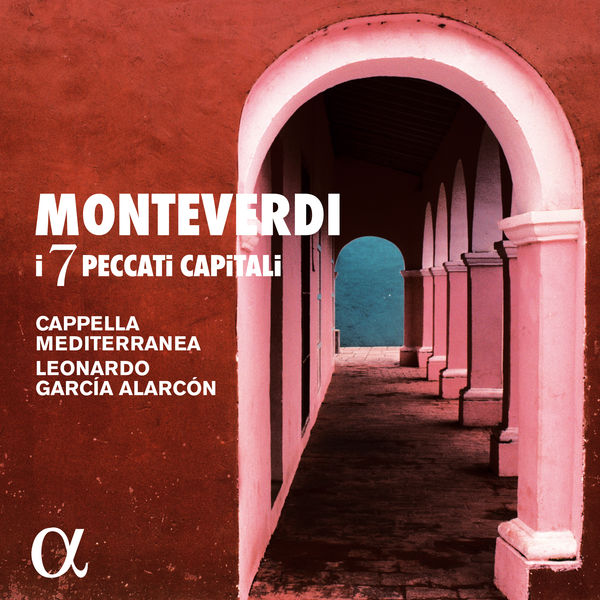 Eliogabalo, the rehearsals have begun.

Cappella is doing the opening of 2016 - 2017 season at the Opera of Paris with Cavalli's Eliogabalo.
The rehearsals have begun. Premiere september 16th

Leonardo García Alarcón and his Cappella Mediterranea explore various Spanish songbooks, covering five centuries of music. From berceuses and nursery rhymes to songs of love and war, harvest and mourning, and chants for liturgical feasts: all of life is sung.
This programme reunites the religious and the secular, the "learned" and the popular.

Listen the concert one Klara here

The trailer of next Alpha album devoted Monteverdi and the seven deadly sins!

Falvetti in Versailles, someone took some pictures