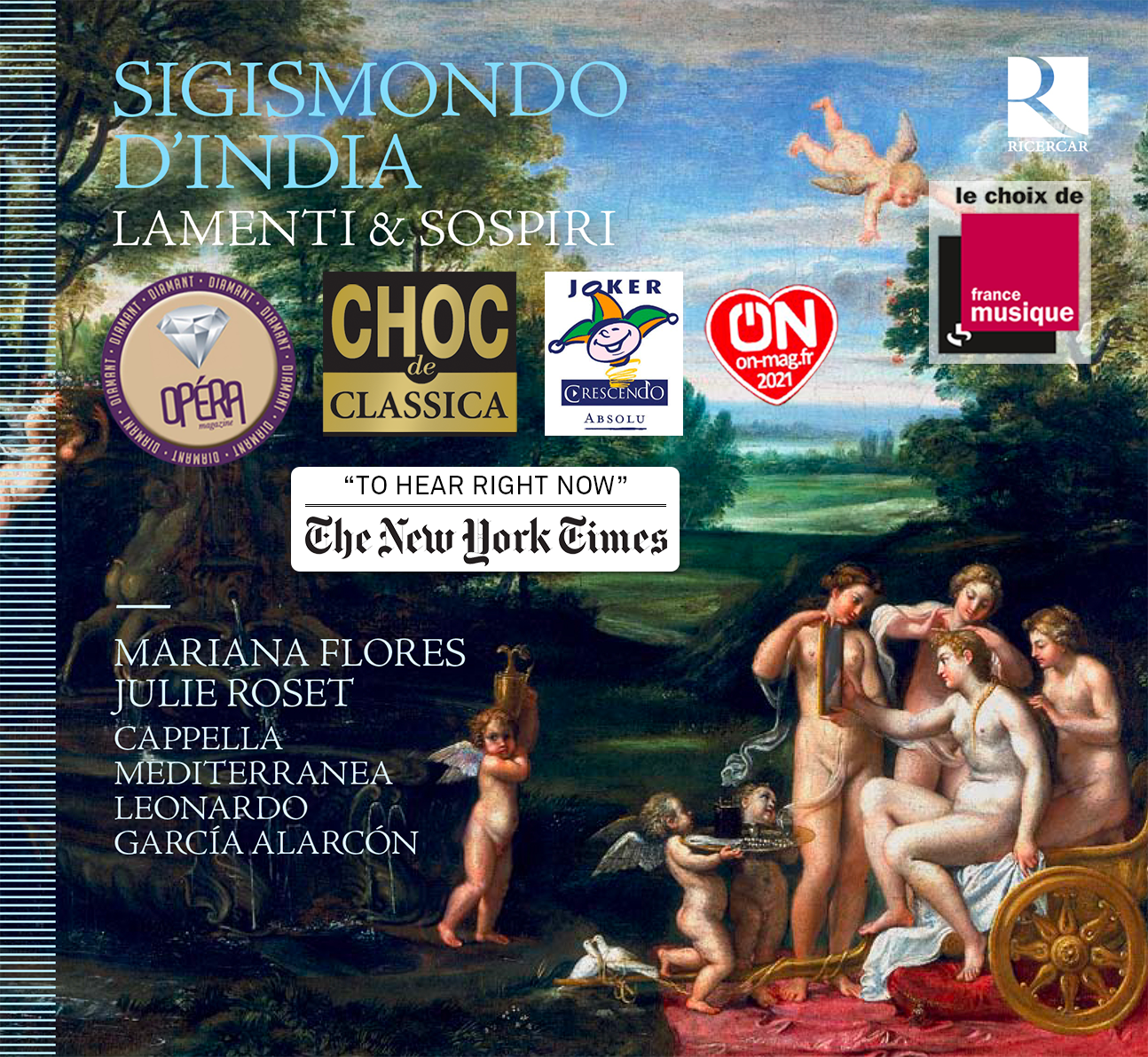 ‘Sigismondo d’India has a “twin”, a “mirror” in music: Claudio Monteverdi. Both men developed, in parallel, a style that radically changed the history of music. A style inherited from composers such as Luca Marenzio and Carlo Gesualdo, but which d’India and Monteverdi were to transform through the creation of new techniques, theorised by the latter in 1638 under the name seconda pratica, which consisted in breaking the rules of counterpoint in order to express heightened emotion. This is why I like to call Sigismondo d’India’s style “mannerist” – not in the sense of “mannered” as it is sometimes misinterpreted – so as to underline the crucial role played by composers like d’India and Monteverdi in effecting the transition between Renaissance and Baroque. Like the disegno artists of that period, who exaggerated the gesture and form of the Renaissance figure, like Michelangelo Buonarroti in his Sistine Chapel, Sigismondo d’India brings us back to a language, the fruit of the sophisticated reworking of a heritage.’
- L. García Alarcón